Advertisement
Home Music News Watch Def Leppard And Brian May Play ‘All The Young Dudes’ At... 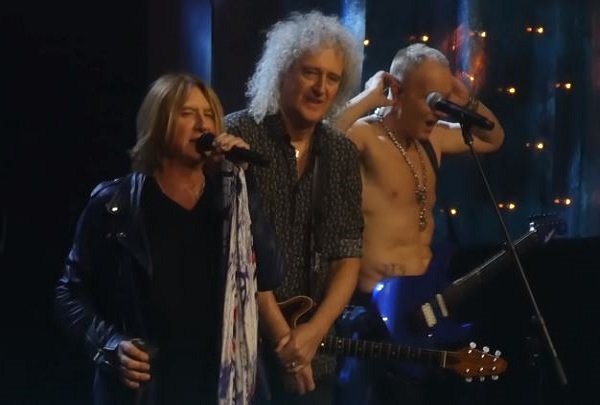 Def Leppard completed their induction into the Rock & Roll Hall of Fame on Friday, March 29th with a version of Mott the Hoople’s “All the Young Dudes.” You can watch it below.

Not only did the rockers have Queen guitarist Brian May up on stage, who inducting them into the Hall of Fame, but also special guest Mott the Hoople leader Ian Hunter!

Elliott has often nodded out to Mott the Hoople as a huge influence on him and formed a tribute band , Down ‘n’ Outz, to pay homage to the rockers.

Speaking to UCR Elliot deels they are  band often overlooked.

“I think they’re criminally ignored for God knows how many decades when people just go on and on about [Led] Zeppelin and the [Rolling] Stones and the Beatles and rightfully so,”

“But it comes a point when it’s like: “Well, sometimes the underdog needs reexamining,” whether it be Humble Pie, Spooky Tooth or Mott the Hoople, which just happened to be my favorite band.”

Elvis Costello Claims That Media Coverage Of His “Cancer Battle” Is...