THE PERSONAL HISTORY OF DAVID COPPERFIELD is not about the magician but sees one of Charles Dickens’ most cherished characters brought to life on the big screen.

We follow David from childhood through to middle age as he deals with the many challenges that are thrown at him as sets out to be a writer. And in his quest for family, friendship, romance and status he meets an array of remarkable characters in a crazy Victorian England.

THE PERSONAL HISTORY OF DAVID COPPERFIELD stars Dev Patel in the title role alongside a wealth of British talent including Tilda Swinton, Hugh Laurie & Peter Capaldi. It is fast paced, funny, quirky and heartfelt. It really shows why Dev is the star he is!

THE PERSONAL HISTORY OF DAVID COPPERFIELD gets ★★★★ ½ from me.

Oscar-nominated Dev Patel catapulted to success in 2009 when he starred in the Academy
Award-winning film Slumdog Millionaire and received rave reviews for his performance and garnered several award wins. Patel was recently seen starring in Hotel Mumbai, opposite his now Australian actress girlfriend Tilda Cobham-Hervey.

But his Aussie connections go back to 2016 when he starred as ‘Saroo Brierley’ in the critically-acclaimed film Lion, opposite Nicole Kidman garnering acting nominations from the Academy Awards, Golden Globes, Screen Actors Guild, and Critics Choice awards. Additionally, Patel took home the Supporting Actor award at the 2017 BAFTAs.

On the small screen Patel starred opposite Jeff Daniels and Emily Mortimer in HBO’S Golden Globe nominated series ‘The Newsroom’, created by Aaron Sorkin, for which he was nominated for an NAACP Image Award in 2013 for Best Supporting actor for his portrayal of ‘Neal’ in the show. Additionally, Patel appeared on the British teen drama ‘Skins’ early in his career, in which he played ‘Anwar Kharral’, a role written specifically for him. 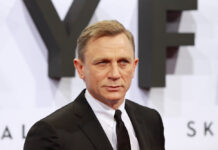