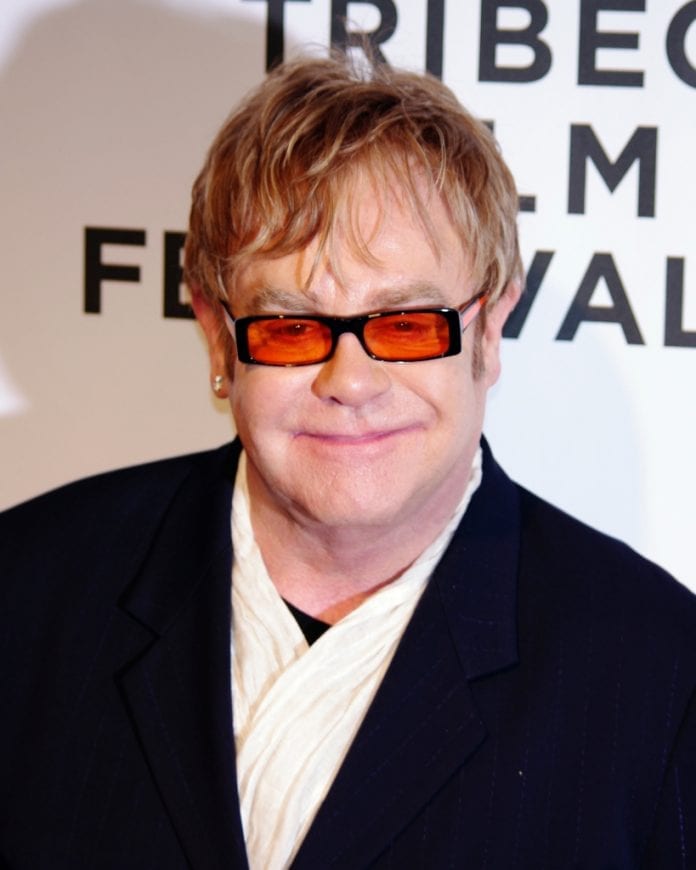 At a show Los Angeles’s Wiltern Theatre on Wedensday January 13th John played an instrumental version of the 1969 single which lead in to a rendition of his own track ‘Rocketman’. Footage of the performance has since surfaced online.

John credits Bowie’s second album Space Oddity as the main inspiration behind his own debut, Empty Sky. John began the performance by saying “I’d like to dedicate this to the Starman himself”.

Speaking after the performance John went on to say about Bowie’s work that “it speaks for itself” and that Bowie himself was “innovative, he was boundary-changing and he danced to his own tune”.

In the wake of Bowie’s passing on January 10th from cancer numerous artists and celebrities have paid tribute to him including comedian Ricky Gervais, Iggy Pop and Queen guitarist Brian May.