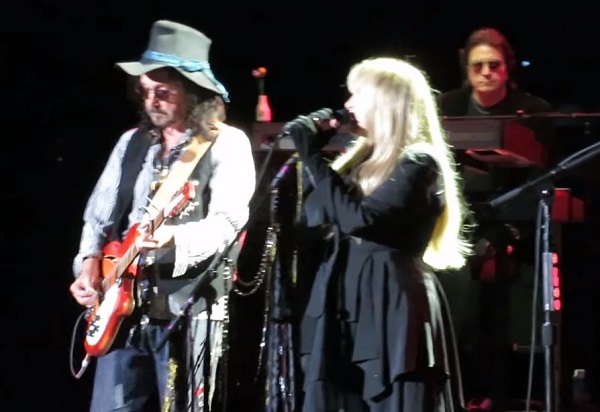 According to Tulsa World. Fleetwood Mac kicked off their Autumn 2018 tour at the BOK Center in Tulsa, OK on October 3rd. Video of their Tom Petty cover as well as classic ‘The Chain’ are below.

The group’s first leg of shows without former guitarist Lindsey Buckingham saw new additions Mike Campbell of Tom Petty’s band and Neil Finn from Crowded House in the lineup for a whopping two and a half hour show.

Opening with their 1977 classic, “The Chain”, Fleetwood Mac played a mix of classics and select covers during the 24-song set. Almost half of the evening comprising of tracks from the bands’ self-titled 1975 album and the 1977 juggernaut “Rumours.”

Neil Finn took centre stage for vocals on a pair of songs from his former bands. “I Got You” by Split Enz and “Don’t Dream It’s Over” by Crowded House. Then Mike Campbell’s former band frontman the late great Tom Petty was honoured with a tribute performance of “Free Fallin'” during the encores.

Taking to social media the band said, “Thank you for an exciting first night, Tulsa!. What a way to kick off the tour!”

John Lydon Distances Himself From Sex Pistols ‘The Original Recordings’