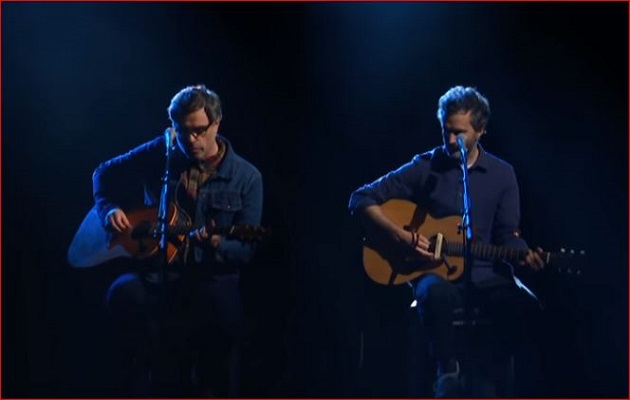 Flight of the Conchords performed their new song ‘Father and Son’ on the Late Show with Stephen Colbert, ahead of their HBO special. You can check out their performance of ‘Father and Son’ below

The New Zealand comedy duo of Bret McKenzie and Jermaine Clement played the US debut of their heartfelt ballad with a twist in the emotional tale. UK crowds will have heard the song during the Flight of the Conchords tour this summer.

The song was part of their set at the Hammersmith Apollo in July as part of the one-hour special called Flight of the Conchords: Live in London. That’s due to air on HBO on October 6 th.

New track ‘Father and Son’ focuses on the relationship between em, a father and son. Clement is the dad consoling his child with the words “Son, I know it’s hard to see your daddy cry, it’s been tough on us both since your mamma died”. To which McKenzie replies…here’s the video below.