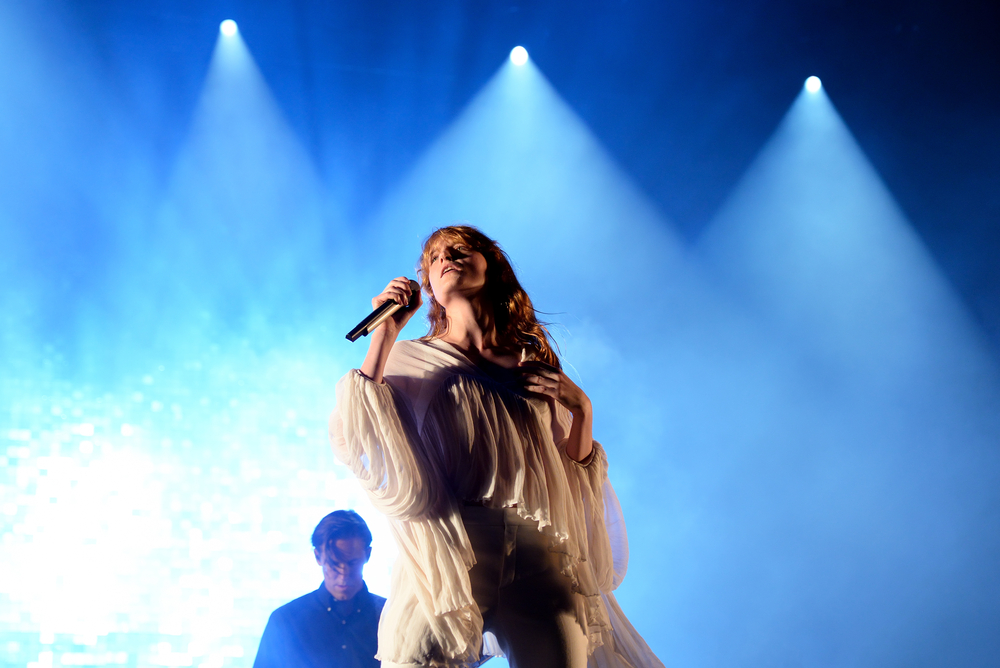 In the UK, Florence + The Machine performed two new songs during their Halifax gig last Saturday night on May 5th. New songs ‘Patricia’ and ‘100 Years’ were played live for the first time. ‘Patricia’ was performed acoustically and you can watch performances of the new songs below.

Welch described ‘Patricia‘ as a ‘special song, a ‘tribute to one of my favourite artists’. She later added, ‘the bit in the middle isn’t about her but the rest of it is. It was their first show of 2018 and also saw the band play recent singles from the new record ‘Hunger’ and ‘Sky Full of Song’.

Having recently released ‘Sky Full Of Song’ for Record Store Day 2018, and then sharing a video for new song ‘Hunger’, Florence Welch and her band have now confirmed that new album ‘High As Hope’ will be released on June 29th.

The tracklist for ‘High As Hope’ is as follows…