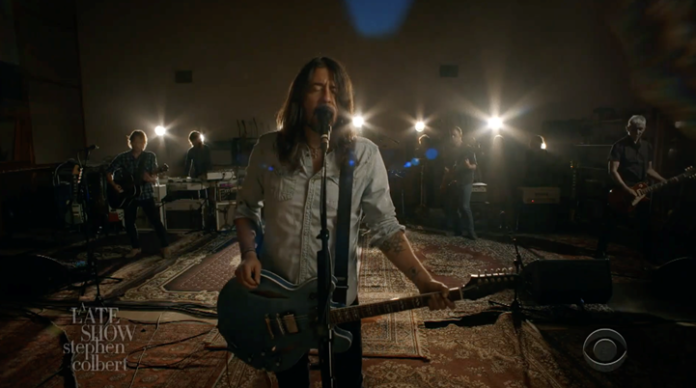 Foo Fighters were the musical guests on Thursday night’s episode of The Late Show With Stephen Colbert.

The band performed their new single “Shame Shame” and frontman Dave Grohl also spoke with Colbert about the band’s anniversary.

Shame Shame is the first taste of the band’s forthcoming 10th album, Medicine at Midnight, due out February 5, 2021.