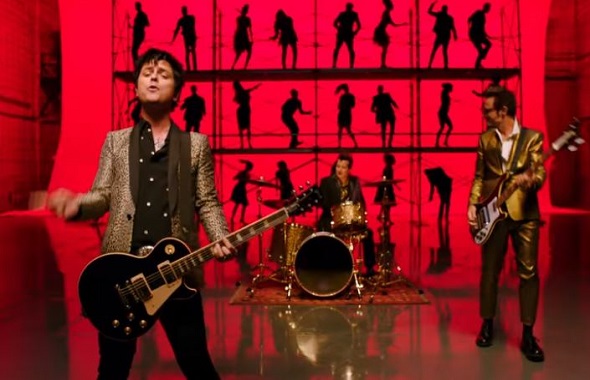 Green Day have shared a video for the lead single and title song to their imminent record, “Father Of All.” Due February 7th.

The album heralds the follow-up to Green Day’s 2016 record, “Revolution Radio”, which entered at No. 1 on the Billboard 200 when it was released.

The band played a live debut of the track during a rare club show by all at the Whisky A Go Go in Los Angeles on September 10th.

That was in anticipation of its first broadcast performance on ABC-TV’s Jimmy Kimmel Live a few days later.

Hennemusic reports that the release came in tandem with the news of their Hella Mega Tour with Weezer and Fall Out Boy next year. They will launch the world tour in Paris next June.

U2 Are This Years Richest Irish Entertainers