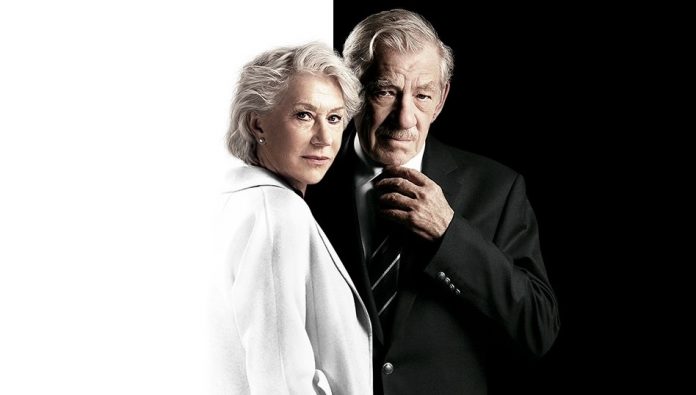 Legendary actors Dame Helen Mirren and Sir Ian McKellen star together on screen for the first time ever in THE GOOD LIAR a Hitchcock style thriller.

The film follows the consummate con man Roy Courtnay (Ian McKellen) who has set his sights on his latest mark: the recently widowed Betty McLeish (Helen Mirren), worth millions. And Roy means to take it all. From their very first meeting, Roy begins plying Betty with his tried and true manipulations, and Betty, who seems quite taken with him, is soon going along for the ride. But this time, what should have been a simple swindle escalates into a cat-and-mouse game with the ultimate stakes—revealing more insidious deceptions that will take them both through a minefield of danger, intrigue and betrayal.

I caught up with the two lead stars and their co star Jim Carter on the red carpet of the world premiere in London at BFI Southbank and talked about working with each other and online dating: