Home Entertainment WATCH: “Herself” makes you re-evaluate yourself ★★★★★ 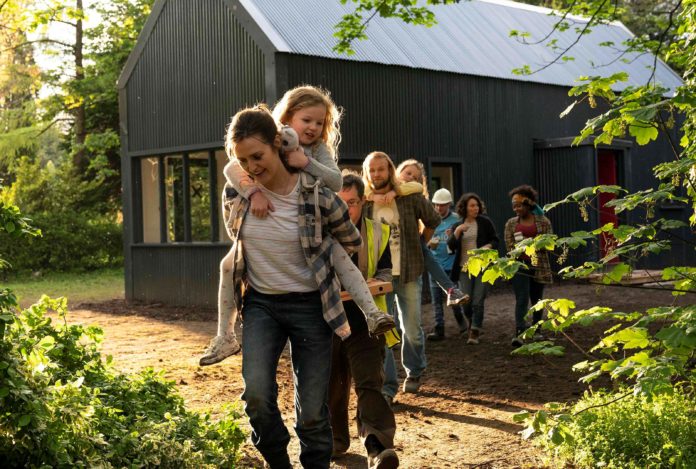 Directed by Phyllida Lloyd, HERSELF is co-written by and starring Dublin native Clare Dunne in what is her feature debut.

HERSELF follows the story of Sandra (Clare Dunne), who on the surface of it, is a young Mum struggling to provide her two young daughters with a warm, safe, happy home to grow up in. Beneath the surface, Sandra has a steely determination to change their lives for the better and when it becomes clear that there are no other options left to her, she decides to build it herself from scratch, drawing together a community of friends to support her.

HERSELF makes you re-evaluate yourself. A powerful film with exceptional performances and the youngest members of the cast are possibly the best on screen. HERSELF – is the Irish film of the year and gets ★★★★★