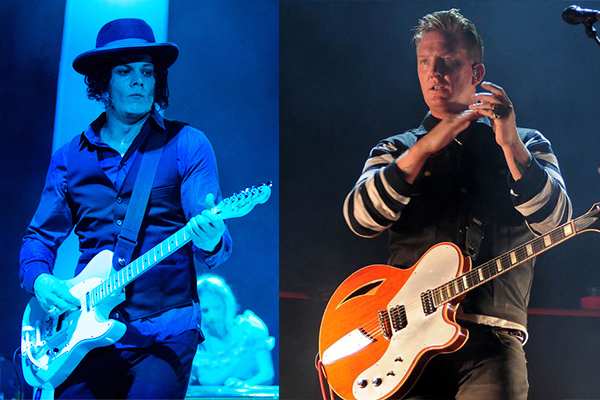 Josh Homme, frontman with Queens Of The Stone Age joined forces with the Raconteurs on last weekend to perform a rendition of “Blue Veins”.

The guest appearance was as the band played at the Greek Theatre in Los Angeles. The track is lifted from the rockers’ 2006 album Broken Boy Soldiers.

According to Stereogum, Jack White and Homme share a long history, and they reunited on Homme’s Alligator Hour show on Apple Music last week.

The pair discussed their opinions on the media, technology, and their effects on culture. Homme and White also speculated on who would win in a fight between the two of them. Homme argued that White would.

“When we were on tour? No, absolutely not,” White replied. “But I don’t know why that’s such a thing [for them to fight]. See, that’s so us, that we would both say the other,” Homme said.

Then White argued that Homme is “like six inches taller than me”. “I’m actually a hugger,” Homme replied.

Check out Homme and the Raconteurs in action below: