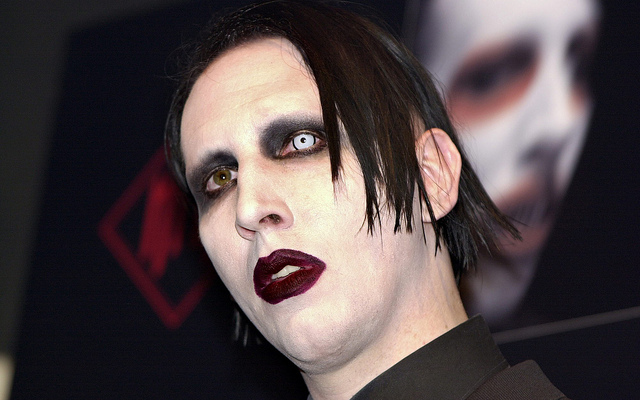 Marilyn Manson has released a video clip for his song, ‘Say10’.

The clip, which was directed by Tyler Shield, is thought to be about Donald Trump. However, Manson said that this is open to interpretation.

Speaking to The Daily Beast, Manson said “It’s about the desperate acts of people who believe something that is preached by an unbeliever,”, adding “Right now we’re in such a state of confusion when it comes to religion, politics, sexuality, and how they all tie together, and it’s being turned into a circus and a sideshow – and that’s something that I’ve been described as a ringleader of. It seems like a time for me as an artist, and as an American artist, to make something that causes a new set of questions to arise that aren’t simply statements.”

‘Say10’ is due to be released in February 2017. Speaking to Rolling Stone recently about the recording process of the new record, Manson said “It did bring back memories of creating Antichrist Superstar, which, strangely enough, October is the 20th anniversary of,” He added, ” I enjoyed doing it. I can’t wait for people to hear it. I think they’re going to be quite surprised.”