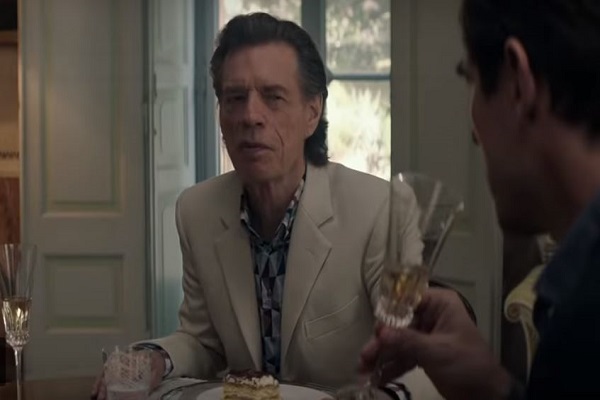 The trailer for the forthcoming film, The Burnt Orange Heresy has had its premiere. It stars The Rolling Stones’ frontman Mick Jagger in a supporting role.

Sir Mick plays the character of a reclusive art dealer named Joseph Cassidy in The Burnt Orange Heresy. The film is based on the 1971 noir novel of the same name by Charles Willeford.

Mick Jagger’s last appearance in a movie was a brief cameo as a Bank Safe Deposit employee in 2008 heist film The Bank Job.

Before that, the singer’s last major role was as escort service supremo Luther Fox in 2001 drama The Man from Eysian Fields.

According to Planet Rock, the Burnt Orange Heresy made its world premiere at the 76th Venice International Film Festival last September and the movie is to due to hit select cinemas across the globe this coming March.