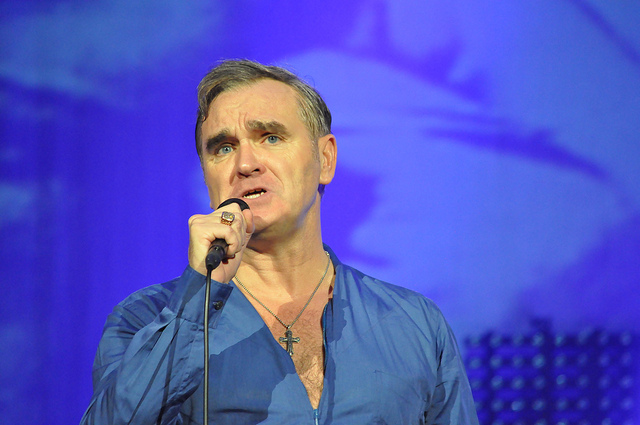 Morrissey covered The Ramones’ ‘Judy is a Punk’ at his gig in Brooklyn, New York on Saturday night.

It is no surprise that Morrissey decided to cover ‘Judy is a Punk’.  In 2014, the musician curated a Ramones compilation record of his favourite songs from the band, with ‘Judy is a Punk’ being featured.

The singer, who performed The Ramones’ song as part of his encore, has not always been a fan of the band. In a 1976 issue of Melody Maker, Morrissey wrote “The Ramones are the latest bumptious band of degenerate no-talents whose most notable achievement to date is their ability to advance beyond the boundaries of New York City, and purely on the strength of a spate of convincing literature projecting the Ramones as God’s gift to rock music.”

However, the musician later took back the comments made in the piece by saying, “Three days after writing that Ramones piece, I realized that my love for the Ramones would out-live time itself. And it shall.”

Watch Morrissey Cover ‘Judy is a Punk’ below:

Listen: Miley Cyrus Covered Metallica’s ‘Nothing Else Matters’ At Glasto!