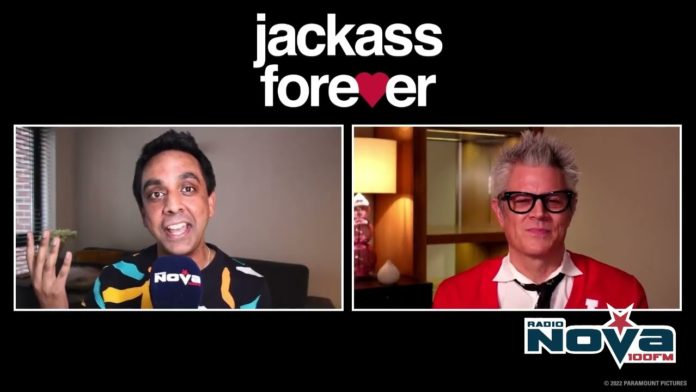 20 years ago, the jackass series premiered, starring a group of fearless idiots doing stunts and pranks to make each other laugh.

In 2010, jackass 3D was the third installment of the franchise to hit number #1 at the box office. A decade later…Johnny Knoxville got the itch again. He called his partners, Jeff Tremaine and Spike Jonze to let them know it was time to get the band back together.

They had some important questions they wanted answers to, like: What would happen if they made a beard of bees on Steve-O’s wiener? Could they build a kite that would lift a 410lb man over a field of cacti? Could Knoxville tame a two-ton, bloodthirsty bull with a magic trick? (Spoiler: bulls do not like magic).

The gang found some new young blood they wanted to hang out with who could aid in their research. Together, they did their best to answer these questions and many more. A few injuries and a lot of laughs later, they said: “You know what? We got a goddamn movie here!”

That movie is jackass forever, in cinemas now.