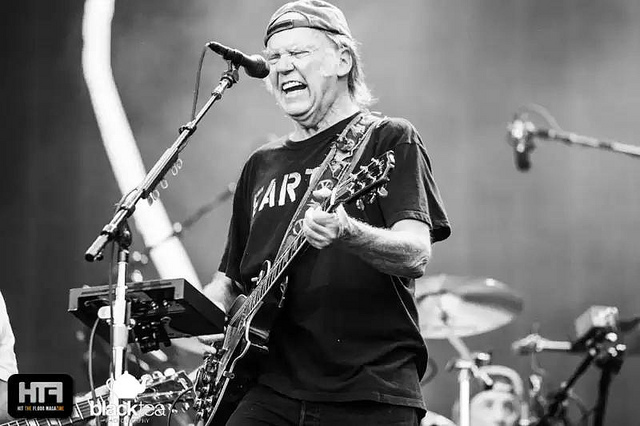 On Saturday (22nd), Neil Young joined Metallica on stage for a performance at  Shoreline Amphitheatre in Mountain View, California.

The concert was in aid of an annual benefit, organised in part by Young, for Bridge School. Young and Metallica performed a cover of Buffalo Springfield’s ‘Mr Soul’ from 1967 at the benefit, which can be watched below:

These collaborations follow Young’s recent appearance at Desert Trip festival in California, where he headlined the festival on two consecutive Saturdays along with Paul McCartney. During the festival, Young joined McCartney on stage for a performance of The Beatles’ ‘A Day In The Life’ and John Lennon’s ‘Give Peace a Chance’. Watch the performance below:

Sinead O’Connor Wants To Outlive Bono So He Can’t Talk At...