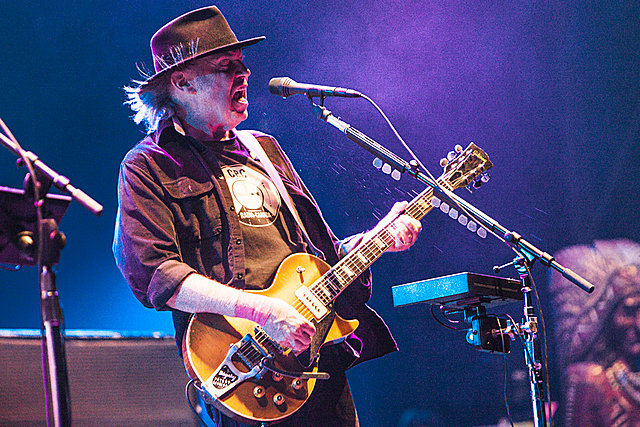 Neil Young has debuted a new single called ‘Wolf Moon’ in a video post online. The song also features collaborators Promise Of The Real with Lukas and Micah Nelson who are sons of country legend Willie Nelson.

The song is to be the first single off Young’s new album The Monsanto Years which features gentle protest songs in the ilk of famous Young hits such as ‘My My Hey Hey’ and ‘Southern Man’.

The video was shot in the famous Teatro Theatre in Oxnard California which is the same place where the album was recorded. The title gets its name from the term given to a full moon that rises in January. Fans will recognise the link to the Neil Young album title Harvest Moon which is a full moon in September.

The Monsanto Years is named after the infamous agricultural company Monsanto who Young has campaigned against for a number of years. The album will be Young’s 36th album in his long career and will be released on 30th June.

The band are also looking to start a tour around amphitheatres around the US where they will play songs from the new album along with old Young classics.