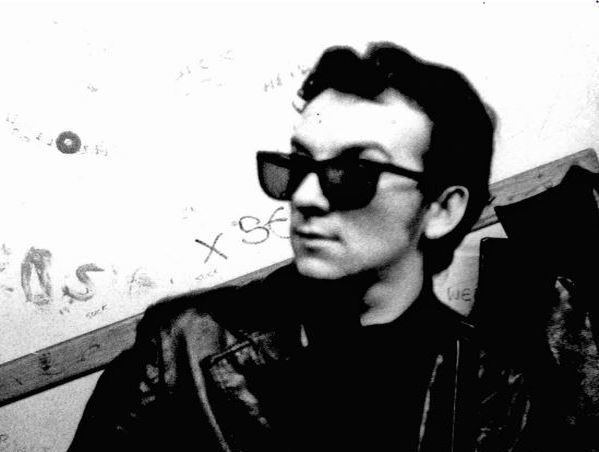 Never seen before footage of Elvis Costello playing a live show with his early band Flip City has surfaced online. You can watch the rare video below.

The clip was shot at the E1 Festival in Stepney, London on July 21 st, 1974. It’s reported that it’s the first time Costello had ever been filmed in concert.

The band played a selection of original material mixed with covers of country and R&B songs. Their name was lifted from a line spoken by Cheech Marin on a Joni Mitchell track. That song was a Mithcell cover of Annie Ross’ “Twisted,” which featured on her Court and Spark record.

Bootlegs of the band’s demos have been around a while, and include early takes on Costello’s songs, “Living in Paradise”, “Miracle Man,” “Pay It Back,” and “Imagination Is a Powerful Deceiver.” Following Flip City’s demise, MacManus then adopted DP Costello as his stage name. Costello is his mother’s maiden name coupled with his first two initials “DP”, in honour of the Gram Parsons’ GP album.

After signing to Stiff Records in 1976, he changed his moniker to Elvis Costello. The timing couldn’t be worse as just a couple of months after his first single, “Less Than Zero,” was released, Elvis Presley died. It was The King’s 41st anniversary this week. To honour the rock and roll legend, Nova compiled a top ten of Presley’s greatest tunes. You can check them out here.