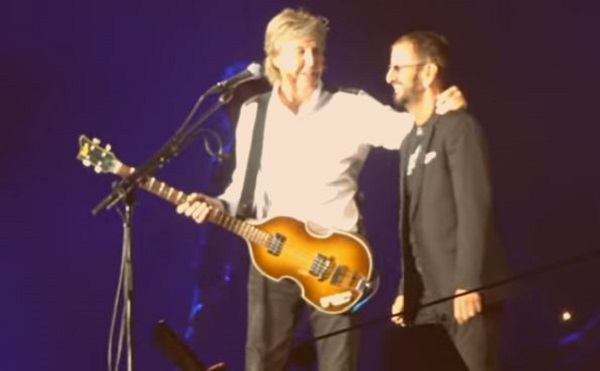 Paul McCartney has nearly finished his “Freshen Up” world tour with just one final show in Los Angeles.

McCartney released his new album Egypt Station recently but last night during his set at the Dodger Stadium, McCartney invited his former Beatle bandmate Ringo Starr out on stage to perform a few classic Beatles songs.

According to Spin, the pair embraced sharing words of “I love you, man” as Ringo made his way to the drum kit. The pair performed two Beatles classics: “Sgt. Pepper’s Lonely Hearts Club Band “ and “Helter Skelter.” from the White Album.

During the concert, McCartney also invited out Eagles guitarist Joe Walsh, brother-in-law of Ringo Starr to play a solo medley of Abby Road songs including “Golden Slumbers,” “Carry That Weight,” and “The End.”

Manchester Arena Isn’t Happy With Queens Of The Stone Age…