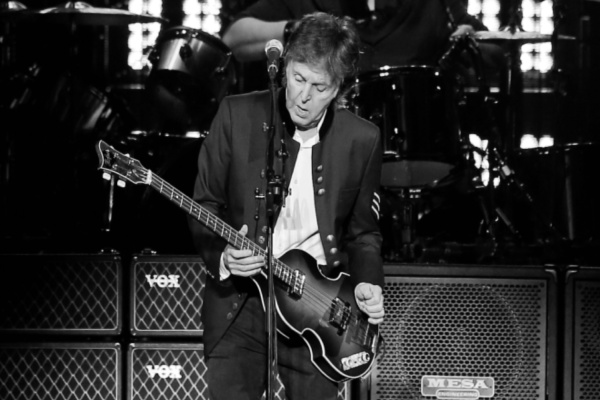 As mentioned earlier, Paul McCartney was joined on stage at the Glastonbury Festival by his former Beatles bandmate John Lennon.

Thanks to modern technology, the late Beatles star was brought back to life as he joined McCartney on stage for a live cover of ‘I’ve Got A Feeling’.

Check that track out below.

This special performance marked Paul McCartney’s first appearance at the festival since 2004.

In the process, Paul McCartney also became the oldest singer to headline the Worthy Farm.

The festival returned this Summer after being cancelled since 2019, due to the pandemic.

Eilish called this ruling, “a really, really dark day for women in the US”.

She also added, “I’m just going to say that because I can’t bear to think about it any longer”. More on this report from Nova here.

“Hi Paul, how are you?”, Grohl said to McCartney as he arrived onto the stage.

Grohl and McCartney performed the Beatles track ‘I Saw Her Standing There’ and ‘Band On The Run’ from the Wings.

Dave Grohl also explained to the audience that he arrived at Glastonbury, despite two cancelled flights.