Advertisement
Home Music Watch Paul Simon Give An Emotional Farewell To Fans During His Last... 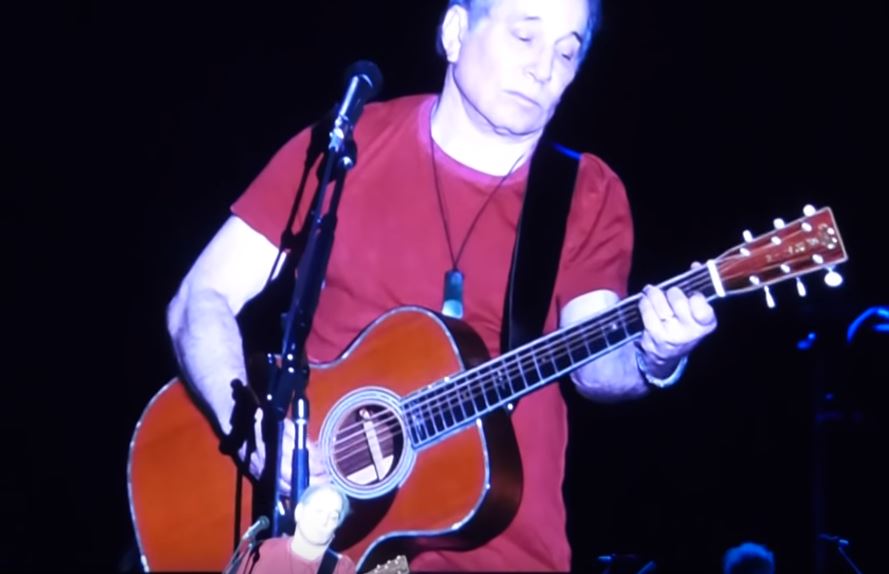 “I could have ridden my bike from home to the park in about 20 minutes when I was a kid. But this is less a goodbye than a farewell. Thank you all for the ride, I had a great time.”

Opening with Simon & Garfunkel’s ‘America’, Simon played some of his most loved songs during the show including ‘The Boy in the Bubble’, ‘Me and Julio Down by the Schoolyard’ and ‘Bridge Over Troubled Water’. The encore closed with other classics including ‘Graceland’, ‘The Boxer’ and ‘The Sound of Silence’.

In a recent interview, Simon reflected on bringing things to an end, “I’ve often wondered what it would feel like to reach the point where I’d consider bringing my performing career to a natural end. Now I know: it feels a little unsettling, a touch exhilarating and something of a relief.”

“I love making music, my voice is still strong, and my band is a tight, extraordinary group of gifted musicians. I think about music constantly. I am very grateful for a fulfilling career and, of course, most of all to the audiences who heard something in their music that touched their hearts.”

Towards the end of the show, Simon said that he would be “open” to playing “one-off” performances in the future but confirmed that ‘Homeward Bound’ would be his final ever tour. You can see the set-list for the concert below.

America
50 Ways To Leave Your Lover
The Boy in the Bubble
Dazzling Blue
That Was Your Mother
Rewrite
Mother and Child Reunion
Me and Julio Down by the Schoolyard (with Edie Brickell)
Rene and Georgette Magritte With Their Dog After the War (with yMusic)
Can’t Run But (with yMusic)
Bridge Over Troubled Water (with yMusic)
Wristband
Spirit Voices
The Obvious Child
Questions for the Angels
The Cool, Cool River
Diamonds on the Soles of Her Shoes
You Can Call Me Al

Encore 1:
Late in the Evening
Still Crazy After All These Years
Graceland