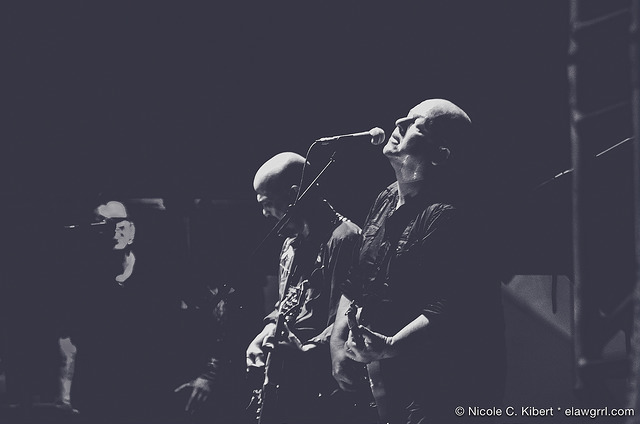 The Pixies have just released the video for their upcoming single, ‘Tenement Song’, the first single from the band’s new album, ‘Head Carrier’.

‘Head Carrier’ is the follow up to ‘Indie Cindy’, which was released in 2014 and will be the band’s first album with Paz Lenchantin as an official band member.

The video for ‘Tenement Song’, which was directed by The Krank! Collective, is a painted animation. ‘Tenement Song’ features various lighting techniques, a gang of ghouls and a 60s party, before ending with the an exploding building.

Speaking to Rolling Stone recently about the differences in the writing process between the Pixies and his Frank Black solo project, frontman Francis said  “I’ve become aware, over time, that there’s kind of this notion that other people have about what sounds more like a Pixies song versus something from a Frank Black solo record,” adding,  “But I can’t set out on my journey on each song and say, ‘OK, I’m going to do this kind of song.’ Just at some point I can kind of determine, at least based on other people’s comments, ‘OK, this is sort of not feeling so Pixies and maybe not worth pursuing.’ But we don’t want to get locked into that because that means you’ve got all these rules you’re clinging to.”

‘Head Carrier’ will be released on September 30th.