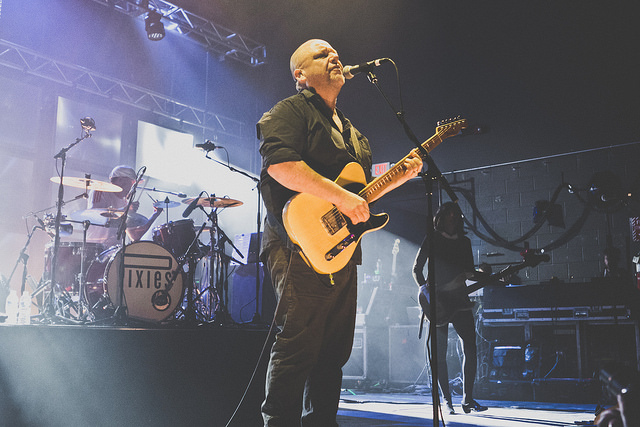 Pixies have dropped their new single ‘Catfish Kate’ coupled with an official animated video. The track was teased on ‘It’s A Pixies Podcast’ earlier this summer.

The single is lifted from the indie -rockers’ forthcoming new record, ‘Beneath The Eyrie’.

The NME reports that a sample of ‘Catfish Kate’ was previewed as part of the band’s new podcast last June. This release is a follow up to their last single ‘On Graveyard Hill’.

The new song comes with a surreal video from animators Lianne Pierce and Neirin Best which follows a mountain woman’s attempts to catch fish for her next meal. Check it out below.

On the single Black Francis croons the words: “Here in the valley that we all know a river bend that’s deep and slow/ Where every creature drinks their fill and other creatures take their kill…”

“Now Kate went to catch a fish to put inside her favourite dish/ A catfish grabbed her by the head and took her to his house instead.”

Pixies’ new record will be released on September 13 on their new label, Infectious/BMG. It’s a  follow-up to 2016’s album. ‘Head Carrier’.