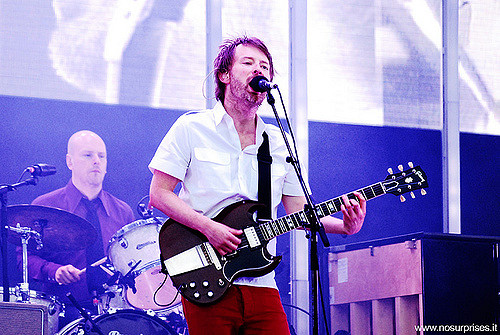 Radiohead have performed songs ‘The Bends’ and ‘Fake Plastic Trees’ for the first time in six years.

The band are currently on their ‘A Moon Shaped Pool’ world tour. This week saw them play two nights in Mexico City at the Palacio de los Deportes, with each show bringing a surprise performance to fans.

Radiohead played ‘Fake Plastic Trees’, as well as the title track from their 1995 album ‘The Bends’. The performance was the first time the band had played either song live in six years.

Meanwhile, Radiohead recently revealed their new music video for ‘The Numbers’ from A Moon Shaped Pool. The video was shot in California and directed by Paul Thomas Anderson.