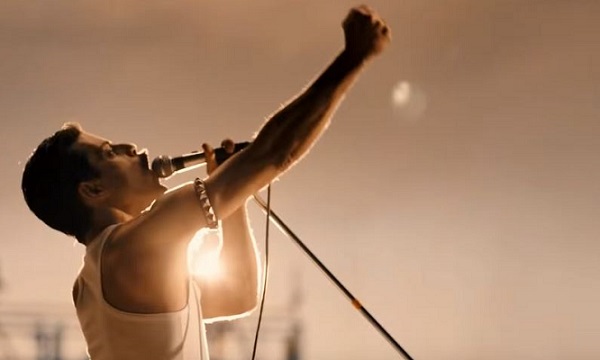 A video revealing how Rami Malek changes into the role of Freddie Mercury in the upcoming biopic, Bohemian Rhapsody, has been shared. It’s available below.

In the clip, Malek talks about how he secured the role and shows that “top choreographers” were a hindrance rather than a help to him playing the Queen lead singer.

Speaking in the footage Malek explains, “You don’t want to mimic Freddie, you want to be able to understand why he did what he did. I realised choreographers are not going to help me. I needed a movement coach.”

Discussing the challenge of the role, he said: “One of the first times I heard about this was the producer calling me on the phone and asking if I’d come to Los Angeles. He was considering me for this role of Freddie Mercury. When you set out to play Freddie you think, ‘How am I ever going to fill those shoes?’ It’s an immense responsibility but one that I was very eager to take on.”

Bohemian Rhapsody charts the 15-year period between Queen’s formation as a band and their famous performance at Live Aid at Wembley Stadium in 1985.

Meanwhile, Tributes have poured in for opera singer Montserrat Caballé, famous for duetting with Freddie Mercury on ‘Barcelona’, who has passed away at the age of 85. The singer recorded the epic song with Mercury in 1987, before it went on to become the song of the 1992 Barcelona Olympics.