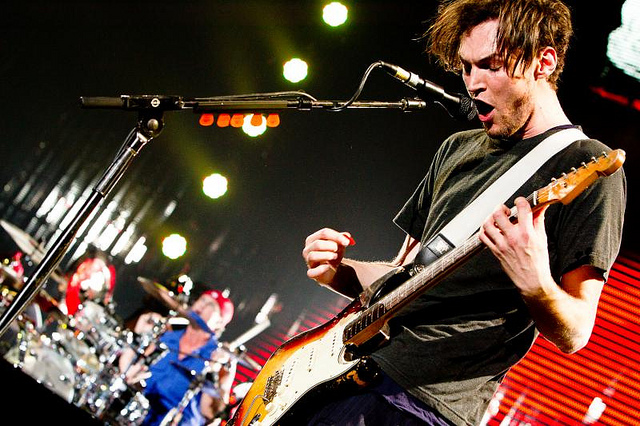 ‘Spectre’ is the unofficial theme for the most recent James Bond film, ‘Spectre’. The song was written for the film before the official theme was named as Sam Smith’s ‘Writings On The Wall’.

The Red Hot Chili Peppers were playing a gig in Bologna, Italy over the weekend when Klinghoffer played some solo songs, one of which being ‘Spectre’. You can watch the video of the performance below:

Klinghoffer has been the guitarist for the Red Hot Chili Peppers since 2009, when he replaced John Frusciante.

The Red Hot Chili Peppers just released their most recent album, The Getaway, in June in this year. They are currently on the European leg of their world tour and will kick off the North American leg in January 2017.

The Red Hot Chili Peppers will play Dublin’s 3Arena on 20 and 21 December.