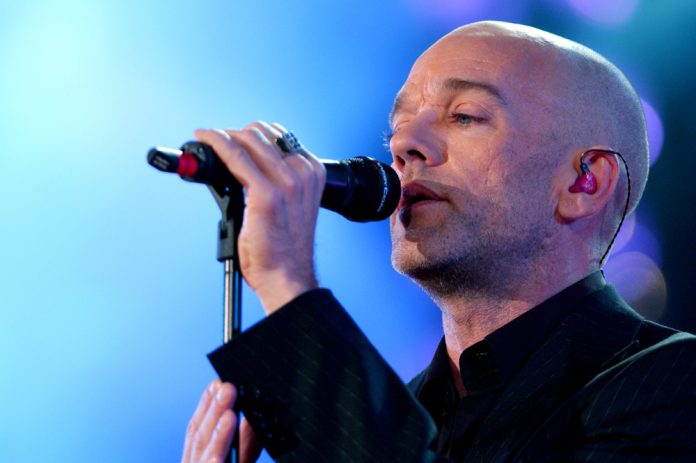 In support of Patti Smith at the start of this month, the R.E.M. singer played three songs in his short 15-minute set.  With fellow music collaborator and producer Andy LeMaster in tow, Stipe played songs called “Your Capricious Soul” and “Drive to the Ocean”.

According to CoS, the tunes were premiered at a charity show last month at NYC’s American Museum of Natural History. However, this is the first time they’ve been captured on video. Watch the fan-footage below.

Stipe has been relatively busy, he released double A-side single with Rain Phoenix that features unreleased River Phoenix songs. He also performed on 2018 tribute record which honored a dead cat.