Home Music Watch Soldiers Play Their Respects With One Of Aretha Franklin’s Most Famous... 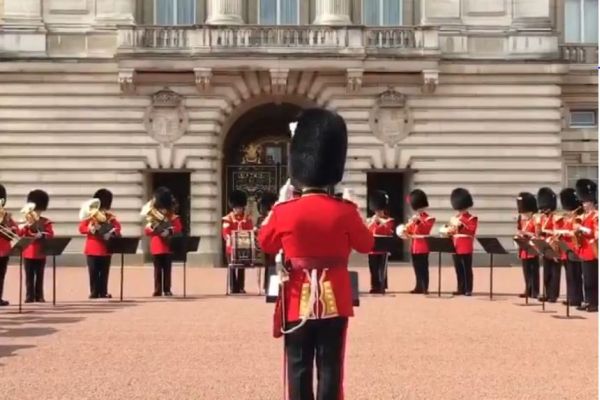 The Queen’s guards paid their respects to Aretha Franklin in their own way as they played one of her most famous tunes outside Buckingham Palace yesterday. You can watch the clip below.

On the day of the Queen of Souls’ funeral, the Band of the Welsh Guards played a version of ‘Respect’ during their Changing Of The Guard. The version was a big hit on Twitter, with one tweeter describing it as “one queen’s homage to another”.

Respect for others underpins all we do in the @BritishArmy so it was no surprise that the @WelshGuardsBand paid tribute to musical icon and inspiration #ArethaFranklin at Changing of the Guard at Buckingham Palace today. @RoyalFamily #ArethaFranklinFuneral #RESPECT pic.twitter.com/ho7fvjEuMh

Bill Clinton said in his address at the ceremony, “We started out, not as a president, a first lady, a senator, a secretary of state. We started out as, like, Aretha groupies. When we are getting out of college is when she finally got her big breakthrough.

It’s one thing I want to say to the people in the audience: She had the voice of a generation, maybe the voice of a century but she also worked for years, I mean years, when nobody was paying particular attention.

The secret of her greatness was she took this massive talent and this perfect culture that raised her and decided to be the composer of her own life’s song – and what a song it turned out to be.”

Rare Footage Of Kiss Rocking In 1975 Has Been Shared To...