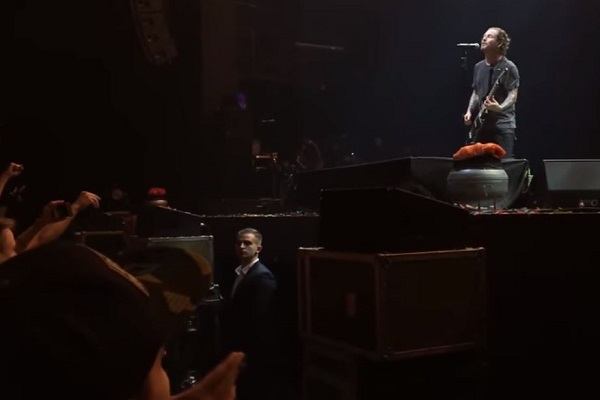 During Stone Sour’s gig on November 16th in Moscow, Russia, a fan rushed onstage and ran toward frontman Taylor only to get body slammed to the ground by a quick-witted security guard.

Taylor was playing a version of Stone Sour’s 2003 hit “Bother” when an over-eager fan attempted to rush the unsuspecting lead singer on the stage. As soon as the avid fan began making in the direction of  Taylor, a keen security guard slammed into him. from the clip, it looks like Taylor was completely unaware of what was happening.

After seeing the tackle, Taylor spoke down the mic, “Sucks to be you, dude!” When he finished the song, Taylor warned, “Don’t come on my stage, motherf–ker!”