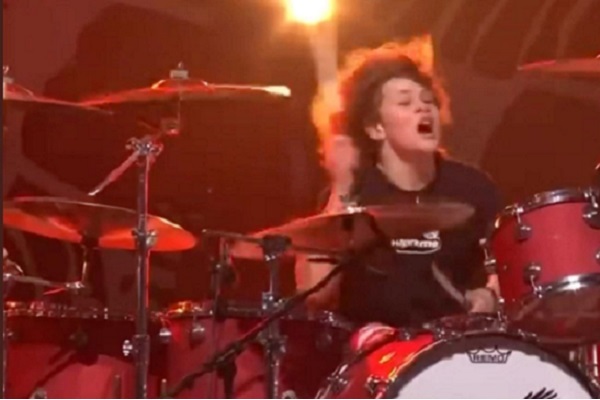 During the first tribute concert in honour of his dad, Taylor Hawkins’ son Shane shared a live cover of Foo Fighters’ track ‘My Hero’.

At the end of the tribute show to the late drummer at Wembley over the weekend, Hawkins’ band Foo Fighters played a three song segment of classic Foos tracks.

The key feature of this segment saw Shane take the role of sticksman, as the band played a special live performance of My Hero. You can check this out for yourselves below.

This tribute concert saw a starstudded line up take to the stage. This of course included Dave Grohl and the rest of Foo Fighters.

During his live performance, Grohl broke down half way through a live cover of ‘Times Like These’. More on this here.

Speaking ahead of this concert, AC/DC’s Brian Johnson said he was “honoured” to be added to the line up.

Kanye West Speaks About His Ongoing Battles With Mental Health