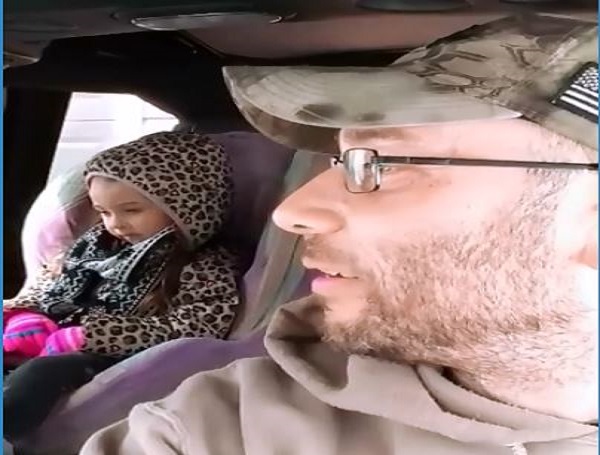 Possibly Slayer’s youngest fan was left very upset when her father had to break the news to her that she wasn’t allowed attend the thrash metal band’s farewell tour.

Her father posted on Facebook a video of his four year old daughter’s annoyance at him when he had to tell her no. It would warm the heart of even the most sombre of metallers. Her father wrote on Facebook,

‘She’s VERY cross with me right now😂😂😂 she’s not even as big a Slayer fan as I am!!  She’s only heard a couple guitar solos here n there while I’m working in the shop, she only likes them cuz I like them. But yeah, she’s mad at me😂😂😂😂💞💖💓💓💗💖💖#futureMetalHead.’

Slayer kick off the U.S leg of their farewell tour in their home region of Southern California, May 10 in San Diego at the Valley View Casino Center. Then the tour moves up the coast into Canada, hitting a round of midwest dates and into the east coast before finishing up in Texas on June 20th. Dates and a line-up for Europe and the rest of the world are yet to be announced.

The End is Near… #Slayer to tour the world one more time… pic.twitter.com/te57624kqp