DARK WATERS tells the shocking and heroic story of an attorney who risks his career and family to uncover a dark secret hidden by one of the world’s largest corporations and to bring justice to a community dangerously exposed for decades to deadly chemicals.

This is a terrifying true story with a round of applause for Mark Ruffalo for playing a real life hero who is still trying to get rid of a poison that is inside 99% of the world’s population right now!

DARK WATERS explores the inner conflict of a man torn between doing what is easy and what is right, and Mark Ruffalo, playing Rob Bilott, delivers a critically acclaimed performance in this epic legal thriller, supported by a stellar ensemble cast including Anne Hathaway and Tim Robbins.

Sitting down with “The Avengers” star in London alongside the real-life lawyer he plays in the film, he revealed he is not just showbiz friends with his Thor co-star Chris Hemsworth and is looking for an invite to his Australian home.

DARK WATERS is in cinemas now and gets ★★★★★ from me 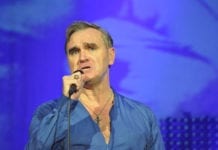