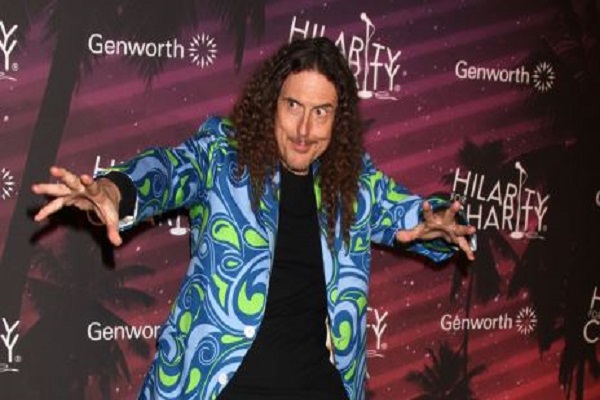 “I’ve been learning how to play the guitar so that I could debut it at the Apollo.”

Weird Al Yankovic is currently touring his ‘no frills’ Ridiculously Self Indulgent Ill Advised Vanity Tour across the States. The main thrust of his show has been the ever zany re-workings of popular songs. Last weekend he made his debut on guitar too!

Appearing at New York’s Apollo Theater over the weekend, Yankovic used the encore to cover one of his favourite songs. On the second night at the notorious venue he covered Neil Young and Crazy Horse’s classic hit ‘Cinnamon Girl’. He also made his guitar playing debut in front of a live audience.

Yankovic explained to the crowd that he recently decided to pick up the guitar after never learning how to play it:

For nearly all of the performance, Yankovic kept the guitar slung over his shoulder. He finally joined his band to shred one of the final notes of the song.

Check out the video below…