Advertisement
Home Music The Waterboys Have Been Announced As The First Act For Bulmers Live... 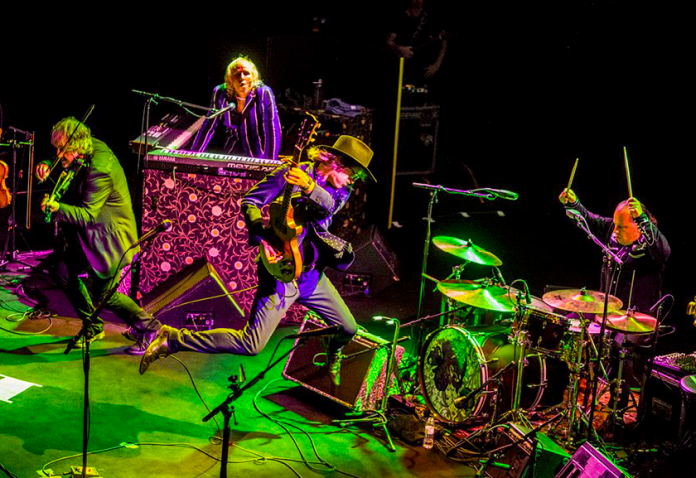 The Waterboys have been announced as the first act for Bulmers Live at Leopardstown 2018. The announcement comes after a very successful Dublin Racing Festival at Leopardstown last weekend.

Bulmers Live at Leopardstown is now in it’s 9th year and has cemented itself as Ireland’s Premier Racing & Live Music Event. Over the nine years that it’s been running, they’ve Brought huge acts to Leopardstown including The Human League, Sister Sledge, Fun Loving’ Criminals, Johnny Marr, The Coronas, The Boomtown Rats and more.

And now you can add The Waterboys to that list. They’re set to play the final Bulmers Live event at Leopardstown on Thursday, August 16th. There will be seven other events as part of Bulmers Live, kicking off on June 7th and running through to August 16th.

The line-up will be announced over the coming weeks and we’ll let you know who’s playing as soon as we do!

We are delighted to announce that The Waterboys will be playing on the closing night of our 2018 Bulmers Live at Leopardstown series on Thursday August 16th – more information here https://t.co/xLvmGfqCsl pic.twitter.com/usp1LQ9UrM

‘We are delighted to be welcoming such an iconic band such as The Waterboys to Leopardstown for Bulmers Live at Leopardstown. This summer series grows in popularity every year attracted by a superb line-up which supports excellent horseracing and I am positive this year will be even more successful.’ – Pat Keogh, Leopardstown CEO.

The Waterboys were most recently in Ireland when they brought their tour to Dublin’s 3Arena last October.

Madonna’s Aretha Franklin Tribute Has Upset A Lot Of People

Listen: The Longshot Have Released Their Debut Album And New Video!