Home Lifestyle What Did You Do This Weekend? Bet It Wasn’t As Fun As... 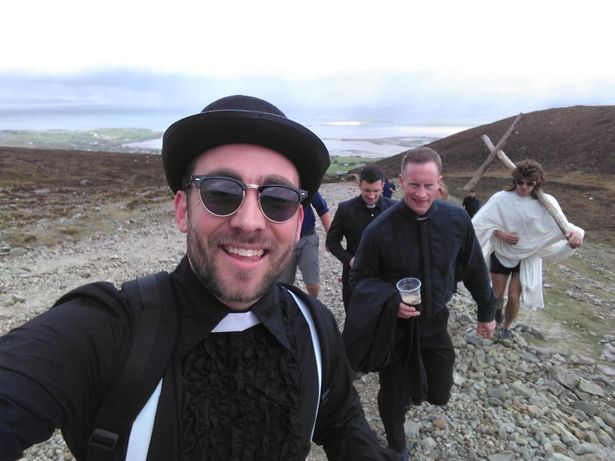 Lad’s stags are generally known to be raucous affairs involving club hopping and copious amounts of booze, but these guys have managed to do things a little differently.

A group of guys decided to dress up in some epic Father Ted get up and do what is only the next logical step. Climb Croagh Patrick. Of course.

One of the members of the group documented this highly spiritual excursion on twitter and posted a bunch of hilarious pictures of the guys making it up the mountain. Troy McNamara shared all the hilarious photos while climbing which have now gone viral.

The group even had signs labelled “down with this sort of thing” and “careful now” giving references to one of the most famous scenes in father Ted.

Beers in hands, the will of the Stag was clearly strong, however seemingly not all of the members of the stag party made it up to the top of the mountain.  It seems about 18 or so started on the pilgrimage, but only about six made it to the very top. One of them included the groom, who was appropriately dressed as Jesus on the trip.

No doubt the group re convened later on in one of the pubs near the bottom of the mountain to recuperate after the journey.

The reasoning behind deciding to climb Croagh Patrick was apparently because the guys were unable to make it to Ted Fest earlier this year and went with the next best thing. We commend you.

42% Of Workers Unhappy With Career