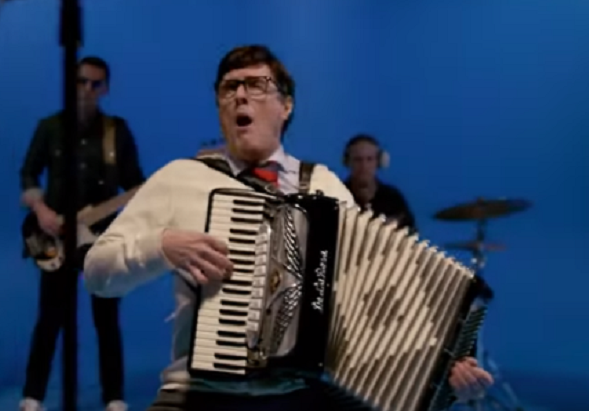 The surf pop rockers, Weezer, have released a fun video that could push the Africa cover even higher on the charts. And it’s available below!

After an online campaign begging Weezer to cover a rendition of Toto’s ’80s mega-hit “Africa” went viral, the band did so and it resulted in their biggest hit in years. Weezer’s “Africa” cover has climbed as far as number 55 on the Billboard Hot 100 and has started getting airplay on top 40 radio stations.

The video below nods out to Weezer’s video for their “Blue Album” classic “Undone (The Sweater Song)” with a funny twist: Newly awarded Hollywood Walk Of Fame member “Weird Al” Yankovic, who also joined the band to perform “Africa” live in LA last month, makes an appearance in the role of Rivers Cuomo. He even breaks out his accordion for a highly elaborate solo during the bridge.

The video was directed by Brendan Walter and Jade Ehlers which you can watch below. Now we just need Toto to make a quirky ironic “Hash Pipe” video!