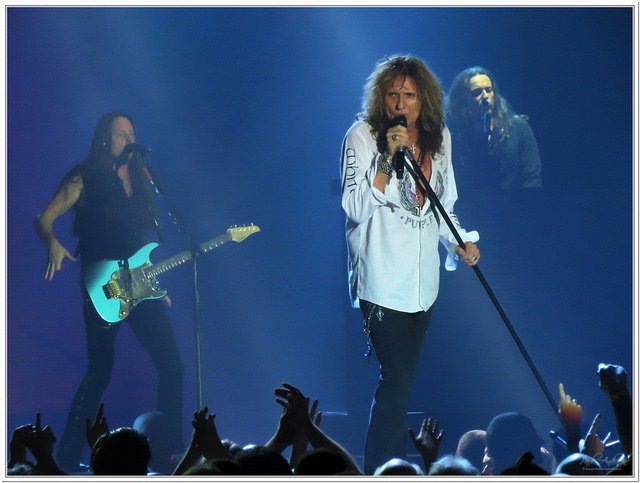 Whitesnake have recently announced a new Greatest Hits Tour for 2016. The band will be embarking on a world tour later this year.

Whitesnake will be continuing to tour in support of their twelfth studio album, The Purple Album, which was released in May 2015 via Frontiers Music Srl. The effort was billed as “a re-imagination of classic songs from David Coverdale’s time as the lead singer for Deep Purple’s Mark III and Mark IV studio albums.” Whitesnake lead singer David Coverdale was the frontman for Deep Purple from late 1973 to early 1976.

Speaking about being able to perform Purple songs again, Coverdale said “The songs don’t feel old when we perform them. Yesterday, I was listening to some of the live recordings from the U.S. tour, and they’re f**king amazing. This band is great. They play Whitesnake music, of course, fantastic, but they play Deep Purple music fantastic. It’s definitely even more so than on the record.”

He also spoke about how The Purple Album was meant to bring an end to his recording career but instead it gave him a new lease of life. He said “In essence, it’s re-energized me. I still write new music. We’ll be recording some new music next year. But it’s just revitalized me… re-renergized. That’s all I can say.”

Calling All Unsigned Acts There’s Still Time To Sign Up For...