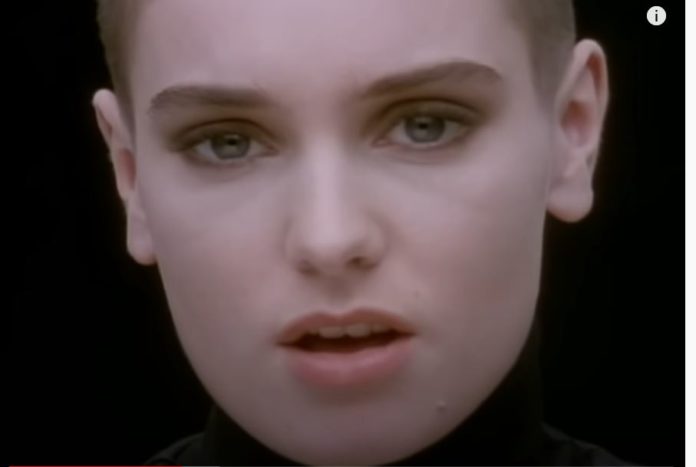 While most people have often associated “Nothing Compares 2 U” with a lover’s ballad. As far as Sineád O’Connor is concerned, the song evokes another relationship.

“Nothing Compares 2 U” was orginally released in 1985 on a self-titled album from Prince’s old band The Family. However, it was following Irish singer Sinéad O’Connor’s emotional cover of the track in 1990 that it became a massive hit.

When it was released by Prince’s band who were signed to Purple One’s Paisley Park records at the time, it was a deep album cut. But when it was covered by O’Connor, it earned huge attention worldwide.

“Singing to my mother”

As mentioned already, most people associate the track with a lover’s ballad. However, as Sinéad O’Connor wrote in her recently released memoir “Rememberings”, O’Connor said that whenever she sings that song, she is “singing to my mother”.

“My cover of Prince’s ‘Nothing Compares 2 U’ was something I was always – and am always – singing to my mother”, O’Connor wrote.

This is deeply personal to O’Connor who lost her mother when she was just 16 years old.

“Every time I perform it, I feel it’s the only time I get to spend with my mother and that I’m talking with her again”, she continued. “There’s a belief that she’s there, that she can hear me and I can connect with her”.

O’Connor also referred to one line from the song that encapsulates that feeling of loss that she felt at 16 years of age.

The line from the song reads, “All the flowers that you planted mama / In the backyard / All died when you went away”.

“I just sang the song along with the track, sitting in a chair wearing a black polo neck”, O’Connor said of the track’s music video.

“But in the part where it says, ‘All the flowers that you planted mama, in the backyard, all died when you went away,’ I cried for like twenty seconds”, she continued.

“I was crying about my mother being dead,” she said at the time. “I’m still really messed up about it, even though I’m twenty-four. A little embarrassing. But there you go. I’m a girl”.

O’Connor’s cover of the track reached number one across the globe, becoming a platinum selling hit. O’Connor also admitted crying like “a child before the gates of hell” when she heard that her rendition reached number one in the US.

O’Connor also added that this changed her life completely, overwhelming her at times especially on tour.

“I found it hard to get used to because I had a lot of stage fright and felt like a total impostor”, she said. “I really had no self-esteem when it came to songs or anything else”.

O’Connor has subsequently released ten studio albums across a 30 year career. However, unlike most artists who recorded tracks from Prince, O’Connor did not have a positive relationship with the 1999 singer.

O’Connor even claimed that Prince attacked her in his Hollywood home in 1991. Find out more on that story from Nova here.