All the talk yesterday was of Wild Mountain Thyme – an upcoming film starring Emily Blunt, Jamie Dornan, Christopher Walken and Jon Hamm. The real stars of the show – well, at least the trailer – are the cast’s Oirish accents.

Mind you, Hollywood has produced some real gems in the Irish accent department before. Think Tom Cruise in Far and Away or Sean Connery in Darby O’Gill and the Little People, Gerard Butler in PS I Love You or Richard Gere in The Jackal.

Wild Mountain Thyme blows them all out of the water for sheer toe-curling cringe because every single one of the actors is Darby O’Gilling all over the shop. The film seems to be about an Irish couple in the 21st century or is it the early 20th century? Difficult to know really. It will be hard to follow the plot when we’re all ducking for cover, screaming “Make it stop!” at the accents.

You’d think Jamie Dornan wouldn’t have a problem, being Irish and all. But no! The Ulsterman is doing a wesht of Oireland thing (at least we think it’s a weshtern accent he’s attempting) that would make Brad Pitt in The Devil’s Own blush.

See for yourselves here …

Pretty rough, right? Presumably all the Oirish actors had a voice coach. Maybe it was this woman? She knows her stuff.

“Oi’ll be havin a bitta dat oil”, as we all say here in Dublin. 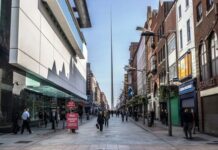 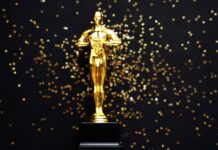