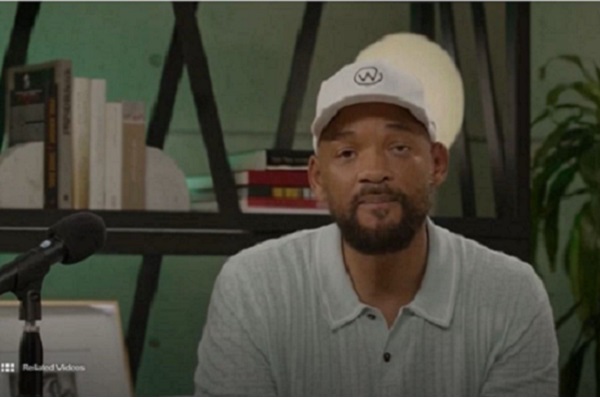 Will Smith has issued an emotional apology to Chris Rock in a video titled ‘It’s Been A Minute…’, to explain his altercation with the comedian.

Back in March, Will Smith slapped Chris Rock in the face during the 2022 Oscars ceremony, after Rock had joked about Will’s wife Jada Pinkette Smith’s baldness.

Jada had previously shaved her head, after being diagnosed with alopecia in 2018.

Will Smith had previously apologised to Rock via a written statement, where he called his conduct “unacceptable and inexcusable”.

“My behaviour at last night’s Academy Awards was unacceptable and inexcusable. Jokes at my expense are a part of the job, but a joke about Jada’s medical condition was too much for me to bear and I reacted emotionally”, Smith wrote via Instagram.

Moments after this altercation, Smith had accepted an Oscar for Best Actor for his role in King Richard.

“a lot of thinking and personal work”

In this recently posted video, Will Smith began by saying, “Over the last few months, I’ve been doing a lot of thinking and personal work… You asked a lot of fair questions that I wanted to take some time to answer”.

“I’ve reached out to Chris and the message that came back is he’s not ready to talk and when he is, he will reach out”, he continued.

Referring to Rock specifically, Smith added, “I will say to you, Chris. I apologise to you. My behaviour was unacceptable and I’m here whenever you’re ready to talk”.

“I want to apologise to Chris’ mother. I saw an interview that Chris’ mother did, and that was one of the things about that moment… I just didn’t realise, I wasn’t thinking about how many people got hurt in that moment”.

“made a choice on my own”

In the video, Will Smith also dismissed the idea that he was prompted to “do something” by his wife Jada, following Rock’s joke.

“No. It’s like I made a choice on my own, from my own experiences, from my history with Chris. Jada had nothing to do with it”, he said.

“It hurts me emotionally and psychologically to know I didn’t live up to people’s image and impression of me,” Smith stated.

“I’m trying not to think of myself as a piece of s***. So I would say to those people, I know it was confusing, I know it was shocking, but I promise you I am deeply devoted and committed to putting light and love and joy into the world. If you hang on, I promise we’ll be able to be friends again”.

Following this row with Rock, Smith wasl issued with a 10 year ban from all Academy Events, including the Oscars. More on that here.