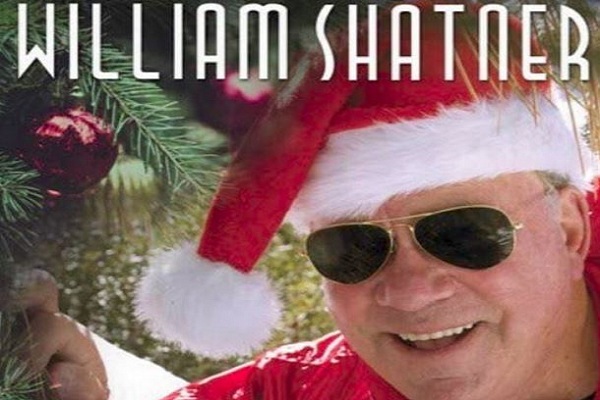 William Shatner will release his very first Christmas album, ‘Shatner Claus – The Christmas Album’, this coming month. Henry Rollins has joined forces with Shatner on a version of ‘Jingle Bells’ and that’s available below!

It’s only just been revealed that a diverse number of stars have been brought in to collaborate on the record, including Iggy Pop, Henry Rollins, ZZ Top’s Billy Gibbons, Judy Collins among others. The cover art for Shatner’s Christmas project was released back in August and is available below.

You can pre-order my Christmas Album https://t.co/jpCJ9ft6bL It’s also available on vinyl! 😳😱😉 pic.twitter.com/8kIH6YrrHq

Iggy Pop is set to duet on ‘Silent Night’, while Henry Rollins has joined forces with Shatner on a version of ‘Jingle Bells’.

The record is out on October 26th and is the third release from Cleopatra Records coming after Shatner’s David Bowie covers album, ‘Seeking Major Tom’, in 2011. Shatner also released a prog-rock concept album, ‘Ponder the Mystery’ on the label in 2013.

The full track listing for ‘Shatner Claus – The Christmas Album’ is: