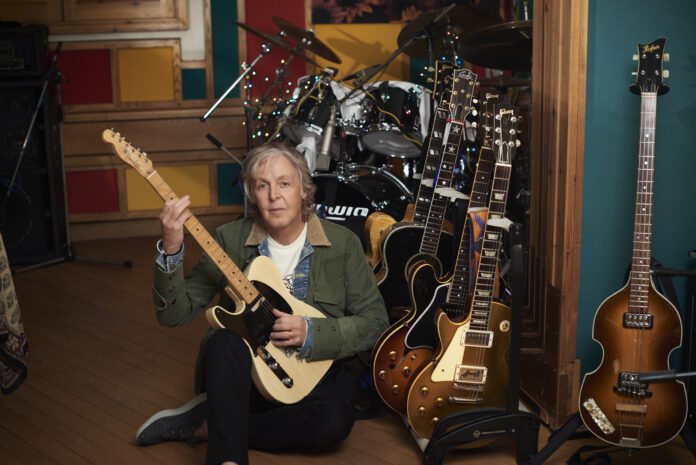 Paul hadn’t planned to release an album in 2020, but in the isolation of “Rockdown,” he soon found himself fleshing out some existing musical sketches and creating even more new ones.

Before long an eclectic collection of spontaneous songs would become McCartney III: a stripped back, self-produced and, quite literally, solo work marking the opening of a new decade, in the tradition of 1970’s McCartney and 1980’s McCartney II.

“I was living lockdown life on my farm with my family and I would go to my studio every day.”

“I had to do a little bit of work on some film music and that turned into the opening track and then when it was done I thought what will I do next?”

“I had some stuff I’d worked on over the years but sometimes time would run out and it would be left half-finished so I started thinking about what I had.

“Each day I’d start recording with the instrument I wrote the song on and then gradually layer it all up, it was a lot of fun. “

“It was about making music for yourself rather than making music that has to do a job. So, I just did stuff I fancied doing. I had no idea this would end up as an album.”

Fancy getting your hands on a copy of the album PLUS some EXCLUSIVE Paul McCartney merchandise?!

Just stay tuned to NOVA all weekend for your chance to WIN!