Home Music Win Tickets To Madness At 3Arena This November 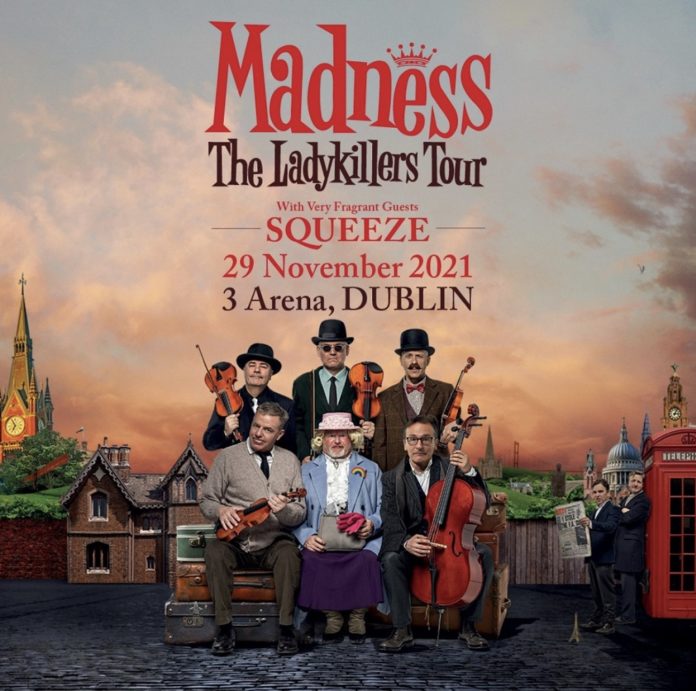 British pop giants Madness have announced their sure-to-be triumphant return to the road with ‘The Ladykillers Tour’.

After 18 months cooped up considering their career options the Nutty Boys finally get back to doing what they do best – uniting the people for a right raucous live bash.

They play 3Arena on the 29th November and we have tickets to giveaway all week before they go on sale!

Just tune into [email protected] all week from 10am for your chance to win!

Throughout their career, Madness have had 10 UK top ten albums, 15 top ten singles and have won a multitude of awards including a prestigious Ivor Novello.

They’ve performed on the top of Buckingham Palace as part of the Queen’s Jubilee celebrations and set the record for the biggest ever audience for the BBC’s Live New Year’s Eve Broadcast – the most watched TV music event of 2018.

Joining Madness on The Ladykillers arena tour will be very fragrant guests Squeeze.

Tickets go on sale 9:30am this Friday the 21st May from www.ticketmaster.ie

The Ladykillers Tour will make the following stop offs.