Home Music Win Tickets To The Eagles All Weekend On NOVA 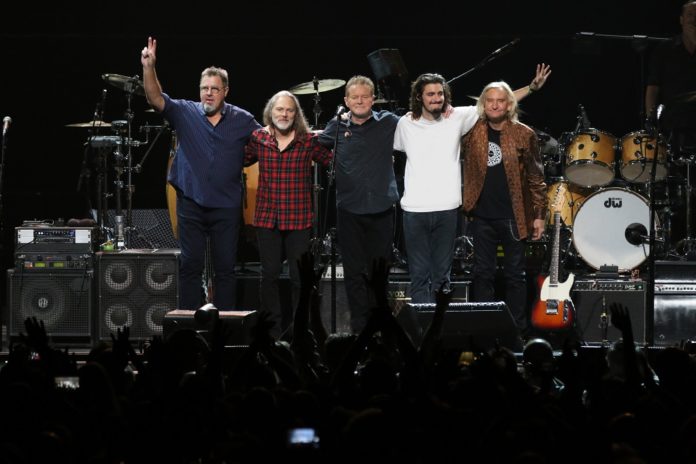 This weekend on NOVA we have chances for you to win tickets to see the EAGLES at the Aviva Stadium next Summer.

Performing classics spanning across their career, including “Hotel California,” “One of These Nights,” “Life in the Fast Lane,” “Desperado,” and many more, the tour begins on June 17th in the Netherlands at Arnhem’s, Gelredome Stadium, before making stops at Liverpool’s Anfield Stadium, Edinburgh’s BT Murrayfield Stadium and Dublin’s Aviva Stadium before closing at London’s BST Hyde Park.

Tickets for Dublin’s Aviva Stadium on Friday 24th June 2022 go on sale this Thursday at 9am but stick with NOVA to win them first!

For you chance to WIN just listen in to NOVA all weekend – the home of Seriously Addictive Music!