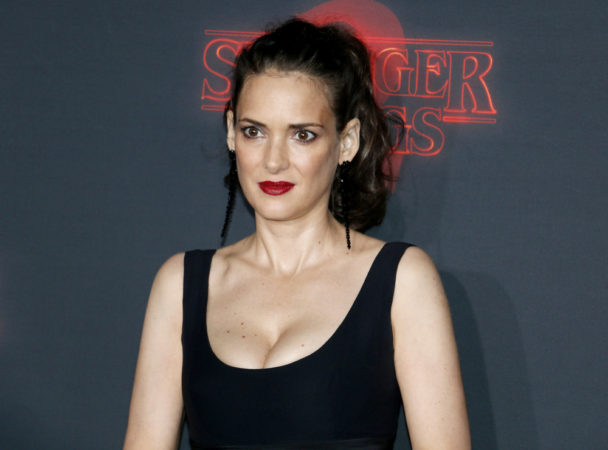 Actress, Winona Ryder believes she became betrothed to Keanu Reeves 25 years ago on the set of Francis Ford Coppola’s Dracula. Considering no divorce papers were filed she maintains the two might still be actually married.

In one of the film’s notable scenes, Reeves and Ryder’s characters become husband and wife while a jealous maddened Dracula turns their friend into a vampire. Talking to Entertainment Weekly during the promotion of her new film, Destination Wedding, Ryder said she believes the priest in the scene was a bona fide Priest, and that herself and Reeves are still husband and wife.

However, Keanu Reeves didn’t have quite the same recollection of the moment as Ryder did though. “Don’t you remember that?” she asked her co-star. Eventually, the penny dropped, and he replied in typical Keanu fashion, “Oh my gosh, we’re married.” Dude!

According to The Guardian, Francis Ford Coppola has backed Ryder’s claims that Keanu Reeves might be her husband. The director of the 1992 film, agreed with Ryder’s story that a wedding scene involving the pair could be legally binding. After filming finished, Coppola said he was unhappy with the scene and decided that “having the real wedding ceremony as it might be in that religion [Greek Orthodox Christianity] would be beautiful”

Stranger Things star, Ryder and Matrix legend, Reeves are the lead stars of Destination Wedding.  It’s a forthcoming American rom-com written and directed by Victor Levin. It is scheduled to be released stateside on August 31st, 2018, by Regatta. That takes art imitating life to a whole new level!