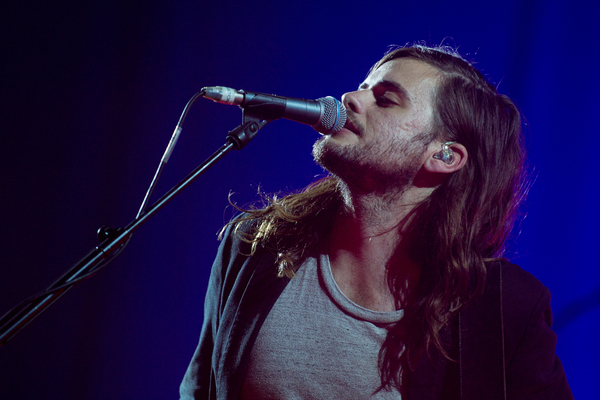 Mumford & Sons’ banjoist Winston Marshall has announced he is leaving the band.

Marshall had received huge criticism after taking to Twitter to praise a book written by US journalist Andy Ngo. The book was titled Unmasked: Inside Antifa’s Radical Plan To Destroy Democracy.

In the tweet, Marshall called Ngo a “brave man” and said the book was “important”.

Ngo has had his credibility questioned in recent years, with the Columbia Journalism Review branding him a “discredited provocateur” in 2019.

He was also described by Buzzfeed News as “willing to make himself the story and to stream himself doing it. He proceeds from a worldview and seeks to confirm it, without asking to what degree his coverage becomes a self-fulfilling prophecy”.

Back in March, Marshall said that he was “taking time away” from the band, following criticism over this controversial tweet.

Since then, Marshall has confirmed his departure from Mumford & Sons, describing his time with the band as “exhilarating”.

“From odysseys through the Scottish Islands to headlining Glastonbury, from The Betsy Trotwood to Madison Square Garden. We’ve done it all”, Marshall wrote.

“What a blessing it was to be so close to such talent as those three lads”, he continued. “I will look back at it all with immense pride and love. However, after much reflection and consideration, I have decided it is time to move on”.

“This is a difficult decision first brought about by an unintentional Twitter storm”.

“Nothing could be further from the truth”

Marshall also shed some light on this controversial tweet. He claimed that it was “misconstrued”.

“The book documents the recent activities of the extreme Left in the US”, he said.“The tweet was misconstrued by many as an endorsement of the equally abhorrent Far-Right. Nothing could be further from the truth. I condemn unequivocally all political extremism, be it of the Right or Left”.

He continued “At the time of the incident emotions were high and despite the furore, the band invited me to continue with them. Considering the pressure, that took courage”.

“I’ve spent much time since reflecting, reading and listening. I know now that, as long as I am a member of the band, speaking my mind on the evils of political extremism could bring them trouble. My loyalty and love for them cannot permit that”.

“However to remain in the band and self-censor will gnaw my conscience, erode my integrity. By leaving I hope to speak freely without them suffering the consequences”, he added.

Winston Marshall said that he is now looking forward to “new creative projects as well as speaking and writing on a variety of issues”.

Marshall said that he will continue to work on a project called Hong Kong Link Up, a non-profit organisation aiming to “link up British residents with Hong Kongers arriving in the UK”.

“The band has been the ride of a lifetime”, Marhsall concluded. “I leave with love in my heart and I wish them nothing but the best. To the band, colleagues, partners, crew, everyone who ever came to a show and everyone that supported the band, I thank you”.

In the wake of Marshall’s departure, Mumford & Sons said they wished him “all the best” via Instagram.

Rocker Bob Seger Appeared In An Episode Of The Simpsons!