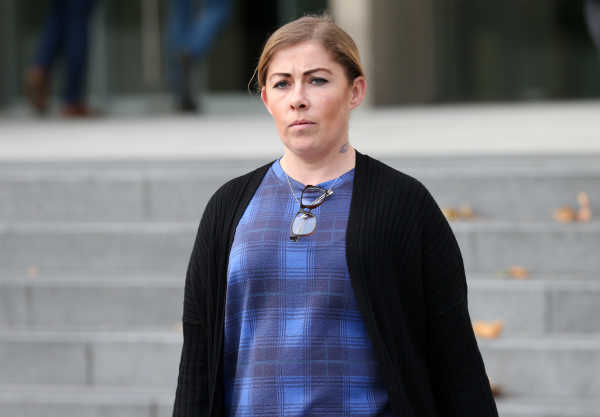 A 37 year old woman has been found guilty of trying to kill another woman by slashing her neck in Dublin. Laura Kenna had argued that she was legally insane at the time but the jury disagreed.

Civil servant Fionnuala Burke was walking home from work on the Lower Drumcondra Road in January 2017 when a woman sprang up from a wall, pushed her back and started to stab her.

Ms Burke felt stab wounds and her face being slashed and a slash straight across her neck. Laura Kenna of no fixed address admitted to gardai that she did it but she pleaded not guilty by reason of insanity.

Two psychiatrists gave different opinions to the jurors about her state of mind at the time of the attack. One psychiatrist said Ms Kenna was suffering from schizoaffective disorder and was having delusions about vampires so she couldn’t refrain from her actions.

But another psychiatrist disagreed saying she carried out the attack in anger and she knew what she was doing was wrong.

After almost 2 and a half hours of deliberations the jury didn’t go with the special insanity verdict and instead found Ms Kenna guilty of attempted murder and assault causing serious harm.

She will be sentenced later this month.

A jury has convicted Laura Kenna (37) of attempting to murder a civil servant by slashing her neck as she walked home from work, despite her plea of not guilty by reason of insanity pic.twitter.com/Q8xaIAmI53