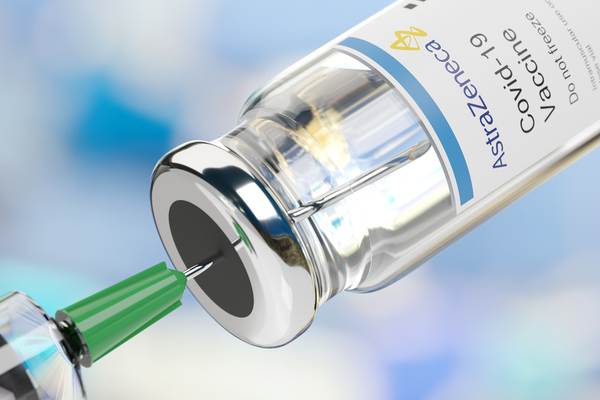 An immunocompromised woman has been refused a second dose of COVID-19 vaccine following a sever reaction to the first dose. As a result, the mother said there is no longer an option available to her, unless health experts give the go-ahead to mix vaccines.

Dolores Grace has found herself “stuck between a rock and a hard place” after suffering severe headaches and high blood pressure. The woman had been left hospitalised following her first dose of the AstraZeneca vaccine last March. Writing to Health Minister Simon Donnelly and Chief Medical Officer Dr Tony Holohan “out of sheer desperation”, the 46-year-old Meath native is seeking to become fully vaccinated.

“I have several medical conditions including Sjogrens and Rheumatoid Arthritis and I’ve had a blood clot in the past that caused heart failure. One of the drugs I’m on is Rituximub, which works on the same ‘B’ cells as AstraZeneca. Despite all of this, I keep active and try to live a pretty normal life.”

The woman said she has been “cocooning for a long time, working from home and not even shopping” as the mother was told she is “medically vulnerable”. A consulting rheumatologist put Ms Grace forward for a jab, delaying her Rituximub treatment to facilitate. Fearing she would be cast to the back of the vaccine queue, Delores felt she had “no choice” but to take the AstraZeneca vaccine.

“I raised my concerns about my previous clot and taking the AstraZeneca but the thinking was that if I refused it, it could delay my infusions which I badly needed at that time. My team were trying to get me the Pfizer at that stage but it wasn’t possible so I felt I had no choice but to take the AstraZeneca in case I would be put at the back of the queue if I didn’t. I couldn’t believe the situation I was in.

“After the first jab, I was very sick with flu-like symptoms which I was expecting but I wasn’t expecting the horrendous headache I got on day three. My blood pressure was through the roof, and I ended up in hospital. I still have a lingering headache 12 weeks on and I’m just generally unwell. My GP advises against taking the second dose, which is due this week.”

The woman continued to say her GP “is not covered” to administer a different vaccine, as it is so far against regulation to mix vaccines. Delores was consulted with on Monday, where she was told that her consultants are “looking for a solution”.

“Right now I’m completely stuck in the middle. I cannot take the next vaccine jab but I need a vaccine of some sort. I cannot stay in my house again for months on end in the hope of herd immunity kicking in.

“I’ve phoned the HSE helpline and while they are lovely, they just directed me back to my GP and consultant. There seems to be no doctor in the middle taking responsibility for the actual vaccine part. I understand the vaccine programme is huge but every system needs to be able to stop and look at the cases that fall outside of the normal parameters like me. I’m pretty sure that I’m not alone in this either.”

Although the HSE has said it cannot comment on individual cases, there are in-depth guidelines and advice on their website for all care professionals. There is still hope for the woman who is immunocompromised, as the National Immunisation Advisory Committee is due to update its advice on mixing vaccines in the next two weeks, following further evidence to support the practice.

Drivers Warned To Expect Delays For All Ireland Hurling Final