A woman’s newspaper dating ad from 1888 has gone viral after it was shared on social discussion website, Reddit. The single woman posted the dating advert in her local paper, which detailed a list of requirements for her potential beau.

With many singletons these days taking to platforms like Tinder, things were a little different 133 years ago. This woman took action and placed the eye-opening advert in her local paper and has just gone viral after it resurfaced the internet.

From Dodd City Texas, the single woman placed an ad in her local paper, searching for an adequate, prospective husband. Clearly identifying exactly what she wants, the woman cut straight to the point with her strict criteria as she wanted a man who earned a good salary and did not chew tobacco.

The woman wanted a man who did not partake in excessive drinking and could support her as she is “a girl who don’t like to work”. In the advert, it said: “Wanted – a husband – must not chew tobacco, drink whisky or swear. Must be in business and willing to take care of a girl who doesn’t like to work”.

With almost a century and a half gone by, the dating ad has since resurfaced on the internet and has gone viral. The user captioned the post: “A newspaper want ad from 1888 in East Texas”, attracting many Reddit users who claimed the woman sounded like someone after their own heart.

One added: “To be fair, chewing tobacco is foul,” while another joked: “I mean I could have written that myself”. Another said: “This is 1888, what is the problem? She’s not asking for much”. One user pointed out: “I don’t think you realise the limitations on a woman in those days. They weren’t allowed to keep wages, couldn’t vote, own property or enter into contracts. Marriage was the only option for many.”

A bit of fun was poked by one user at the expense of the woman’s town, Dodd City by doing a quick web search. The user shared: “Dodd City, Texas, currently has a popular of 392. Pickings are still slim”. Let’s hope she found that someone special in the end. 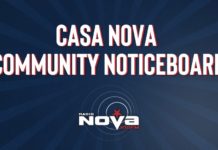 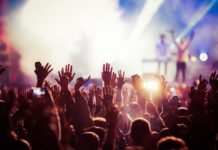 Dublin Voted 33rd Best Place To Live In The World

The Best BBQ & Beer Fest Is Coming Back To Dublin