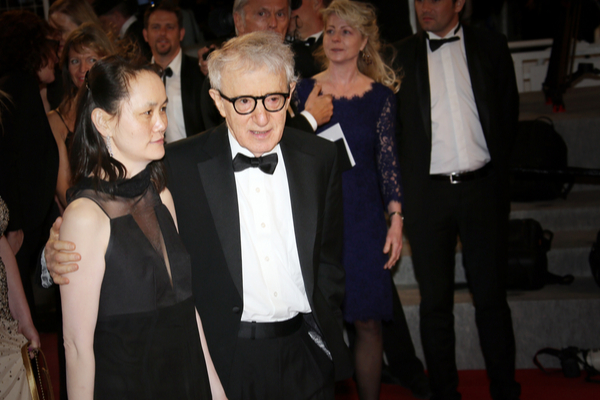 Woody Allen has been given the opportunity to respond to the allegations made against him in the HBO documentary, Allen vs Farrow. The director has offered to interview Woody Allen for an additional bonus episode.

The offer follows a statement made by Woody, along with his wife Soon-Yi Previn, in which they called filmmakers Amy Ziering and Kirby Dick’s documentary “a hatchet job riddled with falsehoods”.

“These documentarians had no interest in the truth. Instead, they spent years surreptitiously collaborating with the Farrows and their enablers to put together a hatchet job riddled with falsehoods,” a statement sent to The Hollywood Reporter read. “Woody and Soon-Yi were approached less than two months ago and given only a matter of days ‘to respond’. Of course, they declined to do so.”

The series’ lead investigative producer Amy Herdy also claimed that she had contacted Woody’s publicist back in 2018 but, did not receive a response.

The four-part series explores the allegations of abuse made against Woody by his adopted daughter Dylan Farrow. In a new interview with The Hollywood Reporter, Ziering addressed Allen’s claims of an unbalanced approach to the allegations, saying, “His perspective, his first-person testimony is included throughout the series”.

Ziering noted that they have a voice recording of Woody from his audiobook, his own writing, his press conferences in his words, and his court testimony. The director said Allen’s side is represented, and that he is welcome to do an interview with them. “Standing offer. We’re sure that HBO would do a fifth episode. We’re here.”

Last month, the first episode of Allen v. Farrow aired on HBO in the US but is now available here on Sky Documentaries. The documentary shows Woody’s daughter and his ex-partner Mia Farrow address the claims of abuse Dylan first made in 1992. 35-year-old Dylan alleges that Woody sexually abused her in 1992 when she was just seven years old.

Woody claims that Dylan had been persuaded by her mother to say that he abused her, after she found him having an affair with another of her adoptive daughters, Soon-Yi.

The documentary also features interviews from Fletcher and Daisy Previn, two of Mia’s children with André. It also features testimonies from Farrow family friends Casey Pascal and Priscilla Gilma, both of whom corroborate the alleged inappropriate behaviour between Woody and Dylan.

The claims made against Allen by Dylan in 1992 were investigated and led to no criminal charges. Last year, Woody branded members of Hollywood who spoke out against him as “self-serving” actors who tried to be “fashionable” with their protest.